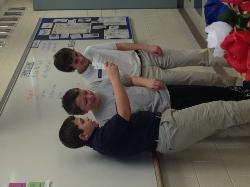 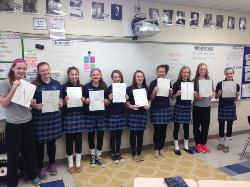 After finishing up George Washington’s presidency, students summarized all they have learned about him since the French and Indian War in song. Students got into groups to create a Washington song highlighting the different aspects of his life and putting it to the tune of pop song of their choice. Some groups added dance moves, solos, and costumes but we all learned a little more information about George. The next time they hear their favorite pop song on the radio…they will think of our humble servant, George Washington.